A Change of Allegiance

What should a Christian do with Jesus' words "love your enemies"?

Is it right for a Christian to go to war?

Doesn't a Christian have an obligation to defend his country?

Dean Taylor and his wife Tania were both in the US Army when they realized that, as committed Christians, they had to come to grip with these questions.  In a new and sincere quest for truth, they were determined to follow Jesus Christ unde rthe banner of "no compromise."  As they began to search the Scriptures and church history, they came to the strartling discovery that the Christian Church originally was uniformly opposed to Christians going to war or joining the military.  In A Change of Allegiance, Dean Taylor takes the reader on a moving journey through the Scriptures, Christian history, and his own life's story as he demonstrates the incompatibility of Christianity and war.  Ultimately, Dean Taylor challenges his readers to consider where there allegiance truly lies.

Will the Theologians Please Sit Down?

When Christianity was young, the focus was on Jesus Christ and His Kingdom - not theology.  To be sure, there are foundational doctrines that Christians have alwasy considered essential to the faith.  But somehow the things considered essential have grown from a few sentences to a long list of theological tenets, many of which were unknown to the early Christians.

In the beginning, Christians understood that the essence of Christianity was an obedient love-fiath relationship with Jesus Christ.  This was not just any relationship, but a relationship that produced genuine kingdom fruit.

In God We Don't Trust

Here is the compelling narrative of the founding of America - told from a perspective that few people have ever heard.  The perspective of the Kingdom of God.  Did the early American colonist's really trust in God?  Did they follow the teachings of Roman's 13..."whoever resists the authority resist's the ordinance of God."?  America is a wonderful country, so this is not an anti-American book, but a pro-kingdom book.  This book is the product of 9 years of well-documented research which challenges much of what is taught in our schools about the founding of America.  It is very easy and understandable reading.  I would highly recommend it for anyone. 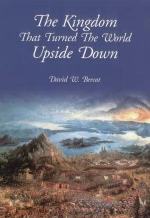 How to Preach and Teach Effectively

Although many books have been written about preaching and teaching, most of them are addressed to seminary-trained pastors.  They're not aimed at the churches that don't use professionally schooled minsters.  That's what is different about this book.  The New Testament Christians had no seminaries, but they raised up effective preachers and teachers.  The Holy Spirit can use ordinary Christian men today to preach and teacher - just as He did back in the first century.  Plain Speaking takes the reader through all of the steps of developing and delivering effective sermons and devotional messages.  Some of the topics covered are:

Through the Eye of a Needle

A very challenging look at the doctrine of nonaccumulation.  Mr. Hertzler takes a very strong stand on what Christ teaches about accumulating wealth.

Will the Real Heretics Please Stand Up?

This is the book that launched Scroll Publishing Co.  A fascinating overview of the early Christians (A.D. 90 - 299): Who they were. How they lived. What they believed. And how the Christianity of that era was lost.

Penned in a free-flowing readable style, combined with sound scholarship, this eye-opening book challenges Christians today to return to the simple holiness, unfailing love, and patient cross-bearing of the early Christians.

The Kingdom That Turned the World Upside Down

If someone were to ask you what was the theme of Jesus’ preaching, what would be your answer? Man’s need for salvation? God’s love for mankind? The new birth?

To be sure, Jesus spoke about all of those things. And they’re all essential truths. But none of them were the theme of His teaching. The theme of Jesus’ message was the kingdom of God.

In The Kingdom that Turned the World Upside Down, David Bercot takes the reader back to Jesus’ teachings of the kingdom—teachings that have too often been forgotten. Bercot describes the radically new laws of the kingdom and its upside-down values. There’s no room in Christ’s kingdom for superficial Christianity, for this is a kingdom that has historically turned the world upside down.

Let Me Die in Ireland

Practically everyone in the western world has heard of the man known today as St. Patrick. Yet, hardly anyone knows anything about the real man. About the only two things that most people "know" about Patrick is that he was Irish and that he was Roman Catholic. In truth, however, he was neither one.

Let Me Die in Ireland cuts through all of the myths about Patrick and presents a dramatized biography of the authentic Christian missionary, Patrick. The story of the real man is far more exciting and inspiring than any of the myths about him. Patrick was one of the greatest missionaries of all time and a true man of prayer and integrity.

Clement of Alexandria was one of the outstanding teachers of the second century church. After his conversion, Clement traveled throughout the ancient world to learn Christianity first hand form the most respected teachers of his age – men who taught me deeds, not just words. Eventually Clement settled in Alexandria, Egypt, where he was appointed to mentor new Christians.

Intimacy With God is a collection of Clement’s godly insights on what it means to know God and to walk with Him closely. This book is divided into two parts. Part One focuses on the day-to-day walk of a person who knows God intimately. In it, Clement covers subjects such as:

●     Separation from the world

Part Two of this work focuses on the issue of wealth and how it can affect our relationship with God. Clement analyzes Jesus’ words to the rich young man and demonstrates their true meaning. The book closes with Clement’s account of the apostle John in the last years of his life and how he brought a robber back into the fold of Christ.